The Stihl TS350 originated in 1993 and many are still running today! Be aware that the specifications vary slightly depending on the age of the machine and is different to that of the later TS350S. In particular the later models boast an increased engine capacity.

The picture here is a stock photo of this model of saw, I do own one but it’s in a hundred pieces at the moment in the process of a most uneconomical rebuild. My Stihl TS350 is beyond my maintenance tips for now!

I bought the saw for next to nothing on Ebay and was assured that it would run, don’t they all say that? (heavy sarcasm there…) Of course it certainly didn’t run and it was quite clear why with a minimum of examination.

Firstly where the carburetor usually is, there appeared to be a mound of semi-solidified brick dust. Upon cleaning the filth away I discovered that there actually was a Tillotson HL292B carburetor under there. It was a bit stiff and in need of a thorough clean inside and out. I found a handy guide to Tillotson carburetors and will be adding the RK-114HL carburetor repair kit to the list of new parts. You can check the price of the RK-114HL kit here on Ebay.

My first compression test showed a slight lack of compression but nothing to worry about, or so I thought. The engine turned over cleanly so I made a few attempts at starting it… nothing… not even a cough! A compression tester is a really handy tool for gauging the condition of any engine. They are widely available, check out the availability on Ebay.

I used a spark plug tester to check out the state out the ignition. At last some good news, there was a spark! The spark plug tester is a really useful diagnostic tool to have in your toolbox. It gives you a really quick go / no go indication for a non starting gasoline engine. They are very affordable too, check the prices on Ebay.

Now I was left wondering how well the carburetor was functioning, maybe this was a fuelling problem. I dribbled a little bit of fuel into the top of the cylinder and attempted to start the engine. A simple test to see if I could get even the smallest bit of ignition. Still nothing.

At this point I decided to try my compression test again. I had a theory that the fuel I dribbled into the cylinder had cleaned the piston and bore and may have loosened things up a bit. Sure enough the new compression test showed a deeply disappointing and drastic loss of compression!

So now I knew what I had! A saw that had overheated to the point of terminal damage. Question is now, whether the crank and bearings were shot too and the whole thing would be better in the scrap bin. It almost certainly would be best in the scrap bin, but I’m a sentimental old sod and can’t bear to throw away an engine that I might just breathe a little life into!

Standby for more of this tale and photos! 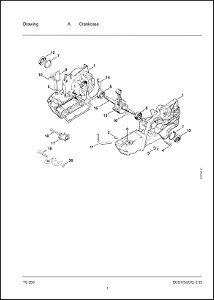 Despite being almost 30 years old, the Stihl TS350 has a remarkable selection of spare parts available. Testament maybe to its popularity and versatility as a construction site tool. Certainly it’s an indication of how reliable these saws can be when treated well! Take a look on Ebay and you’ll find over 1500 spares available for this venerable old machine. Everything is there, from replacement cylinder and piston kits to fuel filters and housings. 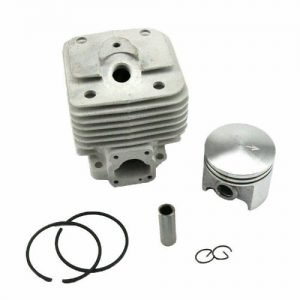 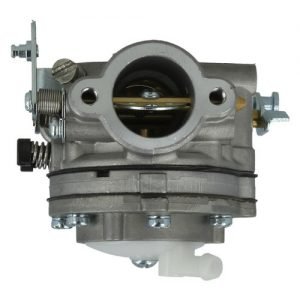 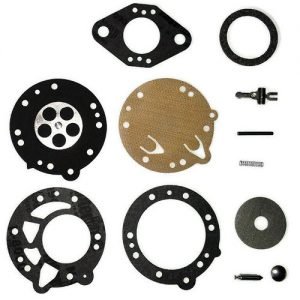 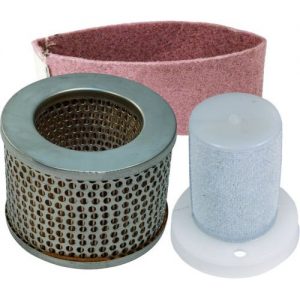 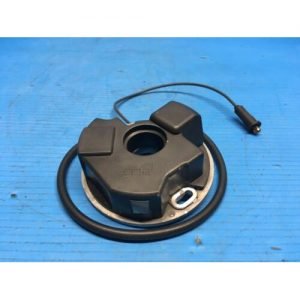 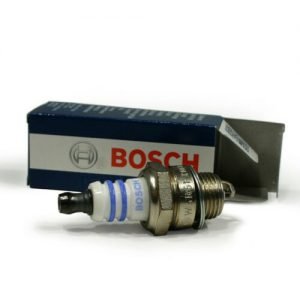 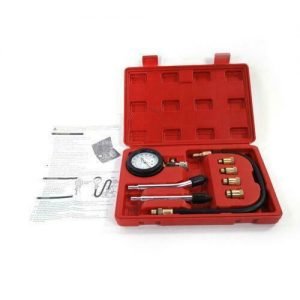 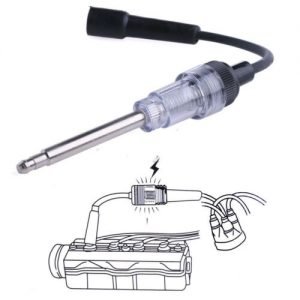